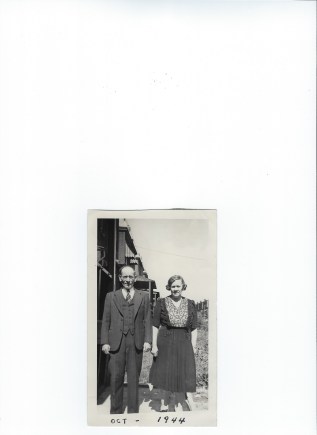 My father’s parents, Frank and Anna Slabik,  married in 1914 in Philadelphia, Pennsylvania. They lived in the section of the city called Nicetown. It was a neighborhood heavily populated with Polish immigrants and their families. At that time, Philadelphia was the third largest city in the United States.

Since I knew little about these grandparents, I looked to the U.S. Federal Census records to find out more about them. I started with 1920. Some questions asked were, “When did you immigrate to U.S.?” and “Are you a naturalized citizen?” The answers would be important to my research. I was also interested in whether they could read and write since English was not their native language. Filling out the search form on Ancestry, I was ready to push ENTER to unlock the answers. No information found was the response. What!? Where are they? I tried various spellings of the surname…no luck! Deciding to move on to 1930, I was certain I would find them. Once again, my heart sank when no information was found. I tried different strategies to crack the code…once again, I was on a mission. Months went by with no results.

As a member of Ancestry, I had access to webinar broadcasts. One of the presenters was Crista Cowan who is a topnotch genealogist and teacher. I viewed her presentation on searching census records. Her suggestion for not locating a family was to enter on the search form just the first names of the family members, not their surname. Could this really work? This is Philadelphia. How many hits will I be checking until I find them…if I find them. Submitting and entering the information, I pushed ENTER. There they were! I could not believe it. Frank, Anna, Emily, and Stanley Slobick…as opposed to the spelling Slabik…my grandparents, aunt, and uncle. Crista’s suggestion worked, and I was thrilled.

Next, I tried Crista’s tip for the 1930 Census. My father had been born in 1924 so he would be in the listing. Once again, her tip worked. This time, their surname of Slabik was spelled Slavik. My dad Edward was there at the age of 5 years old. I also discovered that they owned no radio set, could speak and write English, married at the ages of 28 and 20. Neither grandparent was a naturalized citizen.

A couple of years later, the 1940 Census was released. One had to wait for each state to have their records digitized so I waited patiently for Pennsylvania to appear. This time, I found my Slabik family right away…their surname was finally recorded with the correct spelling…alleluia!