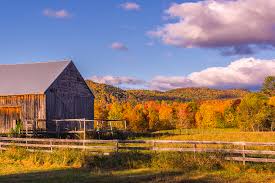 As I ambled down that farm lane in Maine, I readied myself to come face to face with my 4th great grandfather. I knew few facts about him. He was born in 1752 in a coastal Massachusetts town. He and his young wife migrated to New Hampshire before the start of the American Revolution. He was a private in a Patriots’ regiment. He signed an oath pledging his life and fortune to the cause of independence from the mother country. He and his family moved to a settlement in a part of Massachusetts that would soon form a new state, Maine. His name was Joseph Story. When he went to claim that land, the clerk entered his name as Joseph Storer. Many in that family would keep that spelling for generations to come, including my grandfather and my mother.

As I ambled down that farm lane in Maine, I walked off that path. I went in a different direction. Before I could meet up with Joseph, I wanted to know more about him. I discovered that most of those Maine farmers grew crops and raised livestock to care for their own families. Those men did other jobs so they could trade, barter, earn a few dollars. What did Joseph  do as his side job? I could not find the answer. My initial findings indicated that he and his wife Rachel raised ten children. Later, I found four more children for a total of 14. Several died in infancy. Many of them would survive into old age.

As I ambled down that farm lane in Maine, I rounded a bend and prepared myself to meet Joseph and Rachel. Surely, they will surprised that I can see into the future. What will be the expression on their faces when they find out that they will pass on this gift of wanderlust to their sons, to their sons, and to their sons? The Storers will wander from Maine to California…from sea to shining sea.