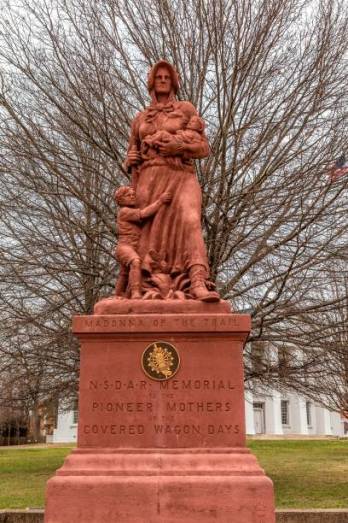 Many of my ancestor great grandmothers I know only through research. My third great grandmother, Rhoda Howell, is one of those women. On paper, she is a few dates and a name in a probate journal. Who was she really? I can only assume and speculate.

I do know that Rhoda was born to Amos and Mary Howell in Tennessee. The date for that is sketchy. Her family moved to Illinois, and she met Daniel Boultinghouse. Daniel was born in Pennsylvania and had moved across to Ohio and into Illinois. He had been married twice before and was the father of 10 children, ranging in ages from 21 to nine years old. He and Rhoda married on 31 January 1813 in Gallatin County, Illinois. Rhoda gave birth to Matilda in 1814 and Amos in 1818. (Amos is my second great grandfather.) They would settle in the Fox River district of White County, Illinois. Daniel was a militia member whose chief job was to ward off Indian attacks. Daniel died in May, 1823, just ten years into the marriage. Probate records show that Daniel left no will. They also show that Rhoda appeared at the courthouse with a list of people to whom Daniel owed money, and the debts were paid. Record-wise, this is the last mention of Rhoda.

In reading about pioneer women, I discovered over and over again how harsh life was for them. Some historians tout that the women had to be stronger than the men. Certainly, this was true of Rhoda. How was she shaped and molded by life? What was it like to be married to Daniel and to raise his other children? How did widowhood change her worldly circumstances? How isolated did she feel when her husband ventured out to perform his militia duties? My educated, researched guess is that she did all she could to survive. Some of the older children had married and moved on into Arkansas and Texas. Did she stay on their farm and direct the older remaining boys in farming and hunting for food? She had her womenly tasks to perform as well as to educate the girls in housewifery. Did she turn her eyes to heaven each day to ask God to be her guide and strength? Was she sustained by faith, resiliency, and perseverance?

I wonder how Rhoda spent the remainder of her life. It is a fact that her son Amos left home at 19 to join the Army. Records show that her daughter Matilda married a Henry Whetstone, but little is found about them…no census records contain their names so tick marks can be studied for an older woman living in the household.

Rhoda Howell is a woman of unspoken strength…tested strength…enduring strength…even though there are no recorded words to give testimony to her character.